Summer is here and the days of soup are almost behind us. But summer also means an urge to eat lighter and spend less time in the kitchen cooking that meal. That is when a soup is just what you need.

My father is a good gardener but he is no cook. He is fastidious when it comes to brewing his cuppa (and he needs many through the day) and always prefers to have it in a clear glass – something he must have picked up either from his Punjabi neighbours when he arrived in Delhi in the 60s, or from the way chai is served at any construction site in India. My Dad has spent a lifetime out in the sun, always preferring his time on a site to the time behind the desk.

He has never had to cook but seems to harbour an impression that he is a good one. His forays into the world of food are primarily limited to growing and consuming it. Lucky for him, his wife is a great cook. As mom has grown older I have noticed that my Dad feels a tad guilty about not helping in the kitchen. Which is why, I think, after his retirement he started to make his tea himself so that he could at least contribute less to the extra work he was creating. END_OF_DOCUMENT_TOKEN_TO_BE_REPLACED

I mentioned earlier the likelihood of my having been a South Indian in previous life. I believe there are people who are offended by this title – South Indian. I know not why. I do understand though, the umbrage at everyone from Southern India being (once) called ‘Madrasi’ by self-centered North Indians. May I add that for my grandma’s generation all non-Kashmiris were Punjabi – likely the only other state they had heard of from their insular position. “So, you married a Punjabi,” she would say.

Southern India is not a homogeneous region; neither is Northern India nor, for that matter, the Eastern or the Western parts of our country. And, just as the cuisine and customs of the Northern plains have a lot in common, the people of Southern Peninsular India also share a long cultural heritage.

While I have established (some might say – followed my tummy to) the general region of my previous birth as Dravidian India, I have not yet been able to point to the exact spot. In my early teens I already knew that Andhra and Tamil food gave me as much comfort as did my mum’s cooking. I relished the everyday-kind dal-based vegetable preparations (which I may not know by their names) served with thick short grain rice; idli smeared with fiery milagai podi was as much ambrosia as was tayir saadam. I discovered Kerala cuisine a little later – in my twenties – though it was confined to the odd fish curry, thorans and pachadis, and the exotic (to me) appams with either avial or ishtu.

If you are in southern India be sure to wear some flowers in your hair…strung flowers sold by arm-lengths!

END_OF_DOCUMENT_TOKEN_TO_BE_REPLACED 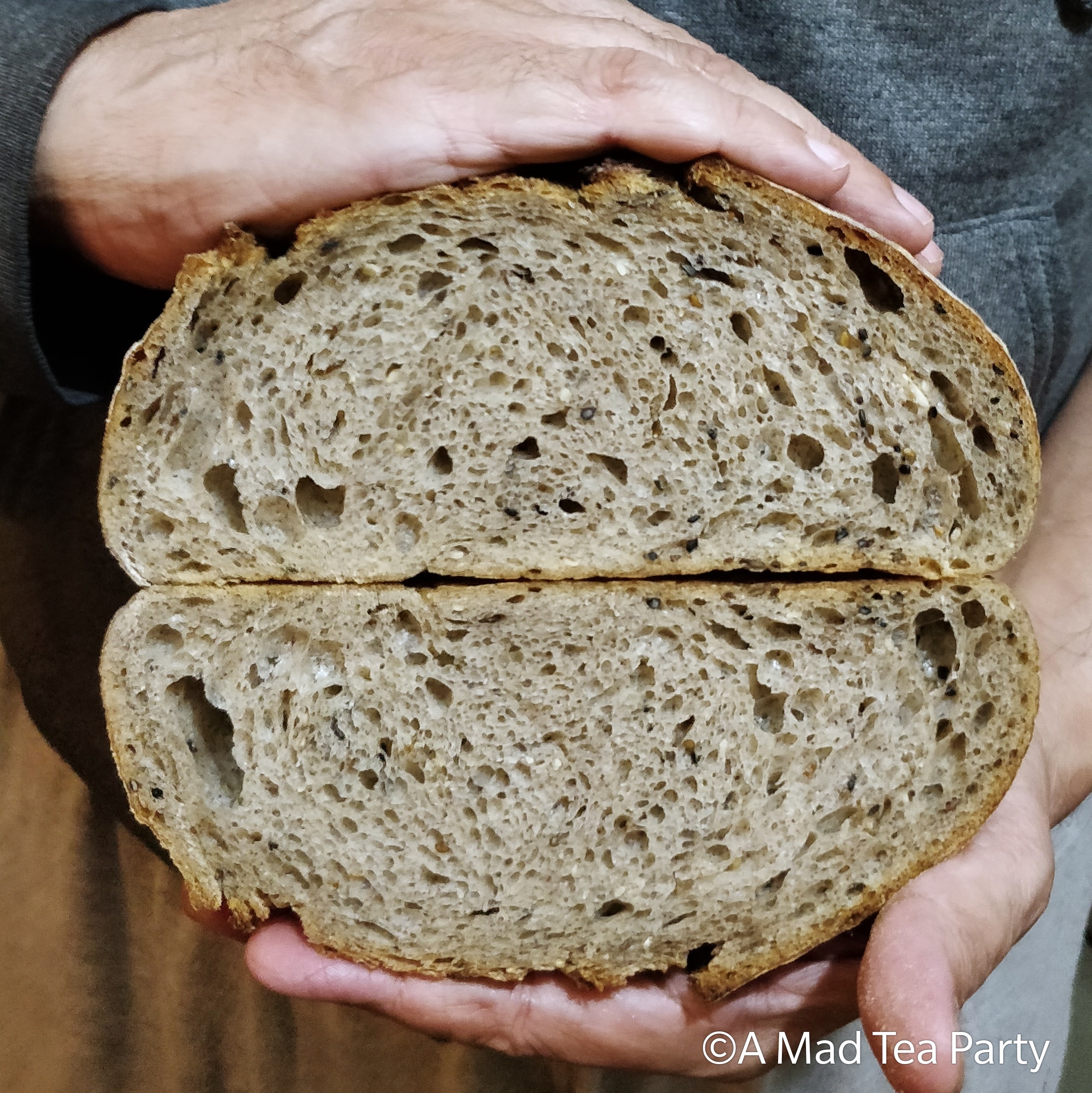 Bread Desserts Eating Out From the Garden Kashmiri Low Fat Maharashtrian on the side Potatoes Preserves Punjab Ruminations and rants south Indian Tea Party This and That Traditions and Customs Travel Under 30 min! Vegetables Vegetarian
Hand-patted thalipeeth the size of a plate, cooked on cast iron at medium-low heat requires patience which, thankfully, the Husband is capable of. This was our unhurried mid-week dinner with plain dahi and homemade white butter.
Sourdough Poees, with 50% whole wheat flour.
Coffee with Mocha and her humans.
%d bloggers like this: